1997 saw Might and Power win the Melbourne Cup, Elton John, Puff Daddy, and Spice girls top of the pops, Lady Di left this life, and Darren Albert scored on the bell to give the Knights a GF victory over Manly, but up at Lapstone Oval the big news was a young Jacks debut on the fourth grade wing, coming to the Blueys with a footy career behind him made up of one game of League with Springwood High School.

However his talents were noticed and he was in first grade the very next year, and the rest is history, on Saturday he plays his 370th game, he is the second most capped first grade player of all time, has co coached and played in a first grade premiership victory, captained a second grade premiership win, took out a third grade title as well, and last year was a popular pick as clubman of the year. He is a versatile and talented forward who always puts his body on the line playing with passion and commitment week in and week out.

When looking back on his Stella career Jack has the 2011 first grade premiership is still top of the tree, while not far behind him is the lifelong friends he has made like George, Appsy, Socket, Ellis, Rossco, and danger man Tommy, and the good times like the bus trips such as his first when Thug kept coming up the back of the bus to try and stop the spread of some "funny smell".

Off the field Jack has always been a fierce and loyal clubman, one of those rare people who gains respect of all of those around him without trying. A lover of a Resches or two, listening to the music of Oasis Jack is married to a wonderful wife Mel and three great kids (two girls and a boy), and works for Blue Mountains UGG boots.

Entering his 19th season with the club he let it be known he would stand aside to give the younger guys a go and play thirds and fourths in 2015, however anyone who saw his brilliance last Saturday at Lappo in seconds and firsts know his plans for retirement are well and truly on the backburner for this blueys legend 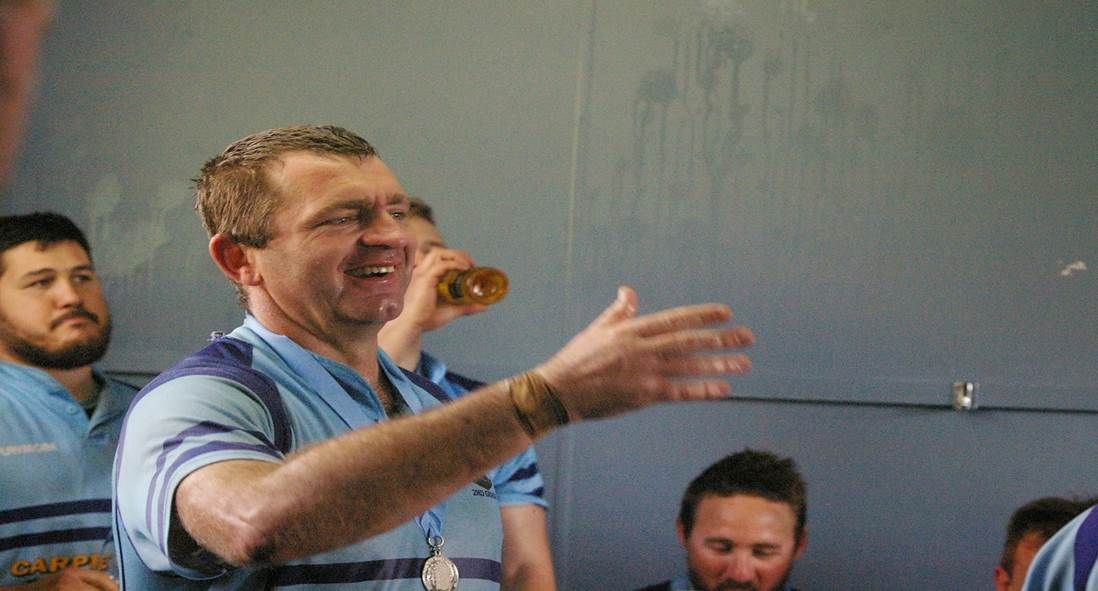